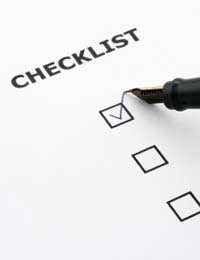 OCD is often misdiagnosed as its symptoms can overlap with several similar disorders. These disorders often have symptoms that are similar to OCD, and as knowledge regarding OCD is still fairly limited, medical professionals and sufferers alike can both feel that the symptoms in question are indicative of a similar condition. This can obviously impact on treatment. This article looks at some of the disorders and conditions that have similar symptoms to OCD.

Despite the name, Obsessive-Compulsive Personality Disorder (OCPD) does not involve obsessions or compulsions. Instead, its symptoms include:

Most people with OCD do not have OCPD, but for those who do, treatment for OCD will often have a positive effect on the personality traits of OCPD sufferers.

Body Dysmorphic Disorder (BDD) is an anxiety disorder in which sufferers see themselves as ugly and unattractive, even if this is far from true. BDD sufferers often fixate on a certain “flaw” in their appearance, which is usually minor as far as most other people are concerned. In some cases, it may even be entirely imagined. It often first occurs during the teenage years when self-esteem is already low, and is just as likely to affect males as females.

Tourette Syndrome (TS) is a neurological disorder in which sufferers are prone to tics over which they have no control. These tics can be physical and verbal, and include:

Experts suggest that around 25 per cent of OCD sufferers also suffer from tics, although the percentage of OCD sufferers who experience full-blown TS is around 6 per cent. These are some similarities between OCD and TS as both include repetitive behaviour that makes little sense to those who do not suffer from the conditions.

OCD and anxiety are often closely related, and many OCD sufferers find that they experience considerable stress and anxiety. Unlike post-traumatic stress disorder though, OCD and the accompanying anxiety does not stem from any one distressing event.

Although people suffering from schizophrenia also suffer from obsessions, this is different to OCD obsessions. Whereas schizophrenics tend to have a distorted sense of reality, OCD sufferers usually have a much greater awareness of the difference between fantasy and reality.

Depression and panic attacks are often a consequence of OCD and occur in conjunction with the disorder.