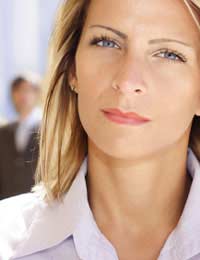 Misconception 1: OCD Is Caused by a Poor Upbringing

Many people who do not understand OCD mistakenly believe that its symptoms develop as the result of a poor childhood. This is often not the case though, as experts have found evidence to suggest that OCD sufferers have a different chemical make-up in their brains that makes them more prone to developing the condition. Of course, it is still possible that OCD can develop as a result of something that happens in childhood, but in most cases, it is more likely to be the result of a slightly different chemical make-up in the brain in comparison to people who do not suffer from OCD. There is some evidence to suggest that OCD may be an inherited condition, although not everyone with OCD will automatically pass it onto their children.

Misconception 2: Having OCD Means That You Are a Flawed Person

It is a common societal misconception that people with OCD have a flawed personality. Those who do not understand the condition often dismiss sufferers as being weak-minded. Another popular misconception is the idea that OCD sufferers are crazy or weird individuals because they engage in “bizarre” compulsion rituals. In reality, OCD sufferers take no pleasure from the recurrent performance of these rituals and would love to be able to break the cycle. When you are frequently compelled to perform these rituals throughout the day, it is easy to feel as though you are indeed crazy, especially if the attitude of other people appears to confirm this.

Another common misconception about OCD is that sufferers will fixate about anything and everything. People mistakenly assume that an OCD sufferer will in time become obsessed with an individual person or situation (for example, an ex-partner), but OCD obsessions tend not to take this form. Instead, they refer to the often inappropriate violent or sexual thoughts, images and impulses that infiltrate the minds of OCD sufferers and cause them to fear acting on these intrusions. OCD sufferers do not mimic the forms of obsession seen in films such as “Fatal Attraction” or “Cape Fear” as their obsessions are not intended to cause physical or emotional harm to others (although they frequently do so to the sufferers themselves). The extreme forms of obsession seen in such films are usually indicative of mental conditions other than OCD - particularly in the case of “Cape Fear” - as their fixations on the people in question are bourne out of a specific situation.

When it comes to Obsessive Compulsive Disorder, many people are not very well informed. Because of this, there are a range of misconceptions about OCD and its symptoms. Many people dismiss OCD sufferers as being weak-minded and crazy, but this is a myth. The cycle of recurrent rituals that most OCD sufferers feel constantly compelled to perform often lead them to feel that they are going insane when this is not the case. This feeling is not helped by the fact that many non-sufferers treat OCD sufferers as though this is true.