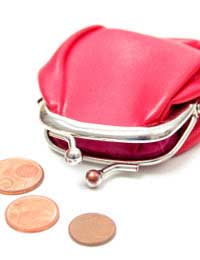 There is some debate as to whether Compulsive Buying Disorder can be classed as one of the symptoms of OCD. Some experts have suggested that it is better described as an example of an Impulse Control Disorder. The compulsion to buy can turn into an obsession, particularly as it can be closely related to hoarding. Sufferers will often buy on impulse and cannot control the urge to buy an item, even if they know that it will have severe financial complications. Once bought, the items will often be hoarded away, especially if the items bought are of no real use. As with many disorders, it can often result in depression.

Who Does Compulsive Buying Disorder Affect?

Although shopping is usually regarded as a predominantly female occupation, research conducted in America has suggested that males are just as likely to be affected by Compulsive Buying Disorder. Men and women will usually buy entirely different items on impulse. Research has also suggested that those on lower incomes are more likely to suffer from Compulsive Buying Disorder, despite not having the financial means to do so without repercussions.

How Can Compulsive Buying Disorder Differ from Obsessive Compulsive Disorder?

A common characteristic of OCD symptoms is the fact that compulsive rituals do not cause pleasure. In most cases, they will cause distress, anxiety and depression in the long term. Compulsive Buying Disorder often gives sufferers a feeling of exhilaration for a short time afterwards, before they begin to regret their impulse buys. This is one of the factors that have led some experts to argue that Compulsive Buying Disorder should not be seen as a symptom of OCD. However, there are some similarities with OCD, as sufferers of both disorders are trying to minimise anxiety through their actions and behaviour.

How Can Compulsive Buying Disorder be Treated?

Cognitive Behavioural Therapy can be a useful form of treatment for some sufferers. This is also believed to have a positive effect on many OCD sufferers, as it aims to re-train the mind into understanding that compulsive actions and behaviour do not need to be performed to reduce anxiety.

Compulsive buying can be classed as one of the symptoms of Obsessive Compulsive Disorder (OCD), although there is debate regarding this given that impulse buying tends to produce an initial “rush” that is not usually present when OCD sufferers perform compulsive rituals. Compulsive buying is often accompanied by a hoarding obsession as impulse buys will often be hidden away so that their existence does not have to be acknowledged.

Many people who suffer from compulsive buying are unable to stop themselves from succumbing to buying on impulse, regardless of the financial implications. As it is a compulsion that sufferers feel the need to do to decrease the anxiety that occurs if they do not do this, Compulsive Buying Disorder can lead to distress and depression. There are some similarities between Compulsive Buying Disorder and OCD though, as the compulsions demonstrated in both disorders are often an attempt to repress feelings of anxiety.

Obsessive Checking Explained
Share Your Story, Join the Discussion or Seek Advice..
@Avic. He also sounds like a bully and you shouldn't let him hold you to ransom like this. What other support do you have? Are there any organisations locally to you that can help you so that you are not so reliant on your partner? That way you can start to refuse to give him money to fuel his selfish spending habit. Try Citizen's Advice or your local council to find out what help is available to you.
OCDSymptoms - 3-Jun-15 @ 11:00 AM
My other half has a serious problem with impulse buying and hoarding, he has to buy anything he sees as a bargain, which he cannot afford, and then leaves in a piles of other unneeded/wanted/useful items. The problem has became so bad that he can no longer live in his own flat and has started it in my home too. I cannot make him see how his behaviour is affecting me mentally and financally. I often have to support him to eat or fill the car with fuel as he spends his benefit money on expensive things he doesn't need at all. He often blackmails me to buy him things or he won't help me/take me doctors or hospital appointments or take the children to school etc. Its making me very unwell and I really just don't know what im meant to do. If I bring it up or ask him not to buy he becomes very nasty and aggressive towards me and tells me he is buying it anyway so just shut up. I am disabled and struggle to live on my own so he knows there is nothing I can do about his constant buying and hoarding. Is there some way I can get him to see how much this is affecting me and for him to see if I wasn't unable to care for myself he would lose me. I feel so trapped and exhausted I just don't know what to do anymore. Any advice would be greatly appreciated.
avic - 31-May-15 @ 11:58 PM
Title:
(never shown)
Firstname:
(never shown)
Surname:
(never shown)
Email:
(never shown)
Nickname:
(shown)
Comment:
Validate: