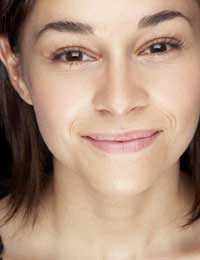 When you are officially diagnosed with OCD, it pays to arm yourself with as much knowledge as possible. This enables you to have a much better understanding of your OCD symptoms, which can make the diagnosis seem a little less frightening. Many OCD sufferers feel that their symptoms are not so overwhelming once they have looked into self help for OCD.

The Four Step Self Help Plan

There is a four step plan that you can follow as a self help measure for OCD. This was created by Dr Jeffrey Schwartz in the 1990s, and is the basis for his “Brain Lock” book. The four-step plan allows you to self treat OCD using Behavioural Therapy.

The four steps are:

For example, make a point of telling yourself that your compulsive urge to continuously wash your hands is the result of your contamination obsession, rather than the fact that your hands are actually dirty or contaminated with germs. This helps your mind to understand that it is in your mind, and therefore not real. Re-labelling the intrusions will not make them go away and this is not actually the intention of the re-labelling step.

This can cause your mind to become overactive in the front orbital cortex part of the brain. To allow the thoughts to move on, you need to move through the gears to move them yourself. Resisting the urge to perform compulsions is a key part of this. It is tempting to perform compulsions to get the temporary relief, but refusing to give in to them will reduce the urges.

Whatever activity you choose, it is important not to give in to the intrusions. Accept that these intrusions will be present, but that they do not need to control you. This can be extremely difficult to do, and it is often a good idea to follow Dr Schwartz's “Fifteen Minute Rule”, which suggests allowing a set period of time to elapse before you perform compulsions. In the beginning, five minutes is advisable, but as more time passes, increase this to fifteen minutes and beyond.

This time should be spent actively re-labelling, re-attributing and re-focusing. Once the time has passed, ask yourself whether your urge to perform compulsions has altered. Even a tiny reduction is positive enough to try increasing the time. Re-focusing will not always be successful, as there will be times when your compulsive urges get the better of you.

Self Help Groups for OCD

Self help groups for OCD are often beneficial, as you can interact with people who are experiencing the same thing(s). Fellow members will understand your feelings and situation and can offer advice and support. Self help groups tend to also put self help strategies into practice.